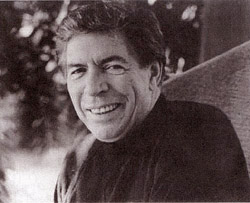 Michael has worked on many fine films and stage plays over his career, it is not a matter of saying who he has worked with on the stage or screen but who hasn't worked with him! Karen Nixon interviewed Micheal with some questions from locals. How did we fit a career of more than forty years and in excess of 180 films into a two page spread. Here is our condensed version.

Michael Pate
Q, How did you get into the Entertainment Industry?
When I was at Drummoyne Primary School (I was a pretty bright kid). I was a wonderful singer and was in a choir group. I sang in all the competitive choirs and was in school plays and productions but not once did I consider becoming an actor.

Actually I wanted to be a medical missionary but due to The Depression my parents could not afford the university costs. I originally did an accountancy course and worked in Sydney however I became quite disgruntled with that role. One day while leaving work I passed the ABC Studio in Caslereigh Street. I decided to walk into the ABC Studio as I was fond of a radio program on air by George Ivan Smith about radio journalism and youth issues. I went in and asked would Mr Smith see me? I was directed up to the second floor and to my delight, there was George.

I introduced myself and he asked what did I want? I said to him I had another idea for a show called Dead End Jobs & Young People. He replied that it sounded very interesting, asked me to sit down and write a few lines on a page. As I sat there I saw a new thing called a typewriter. I had heard about typewriters but not used one...So I wrote..."Good evening and welcome to Voice of the Youth and tonight it is Dead End Jobs." George looked over my shoulder and said "That's looking good, when would you have time to write the rest for me?" I replied I had quit my job tonight. So it was decided I would return on the Monday and finish the script then broadcast it.

Within two weeks from the meeting I was on air and getting five guineas a shot. During this time I did interviews with people like HG Wells and was on air quite a lot. Producer, Charles Wheeler from the ABC, came up to me and said "I want you to read a play as I've heard you on air with George." So next thing I had progressed to radio acting!

Then World War 2 started and I was sent to the Middle East in the army. Six years later I was back home and on the radio again, as well as doing stage plays.

By the 1940s the film industry had become huge with many sessions crowded with 3000 people and just as many outside. It was extraordinary the adulation you got.

My family thought "our son the actor" but thought I was a bit strange with my corduroy jackets and suede shoes. But all actors of the time were a bit strange. 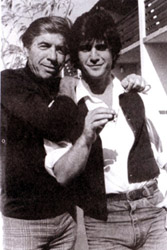 With Mel Gibson on a movie set
Q, The film industry has changed over the years, what is the biggest change
When I made the film The Mango Tree our budget was $650,000. With the movie Tim it was $800,000. The ticket price to see those those films was $3.50. Today we have fims with budgets of millions with a ticket price of $13.50.

Most people won't go and see a film unless it's the calibre of Lord of The Rings or Shrek, you're lucky to see a film run for six weeks and then it's on DVD or VHS. Or you see it on Foxtel. There seem to be more films competing against each other and it's dog eat dog to raise the finance to make a film.

The trouble with big budget films is that you have many investors and with that comes many experts. With people telling you how to make your film, that's when you run over budget. The experts aren't always correct

Q, You have done some amazing work, which would you say was most memorable?
In radio it would be The Eagle Has Two Heads, in theatre, I would say Dark of The Moon and in film Sons of Matthew. As for the best parts, the best part was definately the role of Vittoria, the Indian, in the movie Hondo.
Q, Who has been your greatest inspiration?
In acting I was influenced by Spencer Tracy and by Paul Newman's work. Cagney was very good but overall I found Olivier with a meticulous approach to his craft my greatest inspiration
Q, You have had a challenging and exciting life, do you have any regrets?
No, I haven't regrets about my particular professional life. I started fairly early doing things of an amateur sense at school and then got my start professionally with a break during the war, but that time wasn't wasted when you are defending your country. The only thing I would say is a shame, is that older people are ignored not adored. The problem is that there aren't many acting roles for older folk and I honestly feel that the older actors could be utilised to master classes in our craft.

I think that it would be wonderful to be able to share the great experiences and skills. That way they are not lost and the community and industry could all benefit. That would be my only regret, a personal regret only! 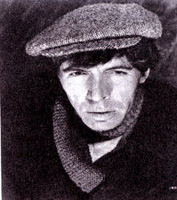 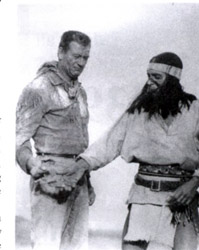 With John Wayne in a scene from Hondo
Q, What made you decide to live here on the Central Coast?
In the later stages of my career, I was starting to do more narration and documentary roles. We were living in Bellevue Hill and thought we could get an apartment in the city from the sale of Bellevue Hill, even a small place on the Central Coast - and I'de just live between the two places. My wife and I both enjoy fishing and we both like the ocean. Basically I've always visited the Central Coast, even as a boy I would visit Woy Woy to fish and prawn with my uncle.

During the 1920's with my father we all used to come to the coast. We would pitch a tent and stay for the weekend, even at The Entrance. Now since settling here and being basically retired I still get offers to work but tell my agent that if they want me they can come up here to me, as I hate the city and absolutely adore living here. I have done more writing up here than anywhere over the last ten years, as it is so peaceful and quiet.

Q, What would you think is the Central Coast's most famous feature or landmark?
For me it would be the coast's waterways, stretching from Brisbane Waters to Tuggerah Lakes, then further up to Lake Macquarie. The waterways we are surounded by are gorgeous waterways. Norah Head commands lovely views north and south and the carpark at Soldier's Beach is a lovely, lovely spot. I think, generally speaking, the layout of the Central Coast is accessable to all areas