The first issue of the Windmill News was released in Sept '04 as a community project. The issue was months in the making and was given out as a free community information pamphlet.

The body of the stories and the images were of such high quality that Weblight Studio (Australia) began condensing the magazine and placing parts of it online.

The magazine ran as hard copy for five issues and was then dropped by the initial organisation although the editors, designers and writers assisted in continuing the online version for some time at their own expense.

While the magazine was originally a non-profit, community effort the cost of keeping it online without any other income apart from a disability pension means the current author has been forced to include some advertising and sell some products such as t-shirts (also designed by him)

The magazine is still alive and has new content added from time to time although as of Nov '07 it has slowed considerably.

This is the fourth rebuild of the site and the first total one. 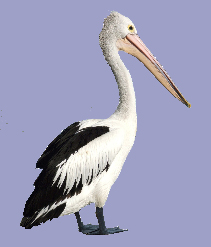 After years of providing excellent stories and images our former editors Ross and Veronique have decided to specialise in photography for the music industry. Check out their website (click here)