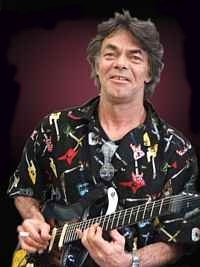 the other side of phil emmanuel
People are gathering for a party, and small groups of friends stand around chatting and greeting others as they walk through the gate. Music is playing and the atmosphere is laid back but cheery – the usual scenario at the start of any gathering of many. Looking through the glass doors, a man sits leaning forward, engrossed in something on the television. Phil Emmanuel. Watching part of Schindler’s list. “I just love this movie” he says, his eyes not leaving the screen. Once the emotional scene is over (and for anyone who has seen this movie you would understand it’s powerful hypnotic mix of cinematography and music) he turns and starts a discussion on movies with a similar theme. “I’m fascinated with stories of those times” he states.
You can’t help but feel instantly at ease with him. He says it “as it is”, and does what he wants to do. And yet he does it with such grace, one doubts he would ever insult anyone with his attitude. Where some people would be considered anti-social for watching a bit of TV while guests are arriving, Phil’s casual manner, and his constant grin while he’s chatting with you are a recipe for immediate rapport.

Different when he’s playing his guitar. The whole gammit of emotions plays his face when he moves through the music. And different again when he’s just practising…full on focus…but don’t expect him to stay serious for too long – after all there is humour in most everything, and Phil is not past laughing at his own efforts when the tune just doesn’t quite cut it the way he expected it to. He takes his music seriously, but only as seriously as he takes life. Exceptionally passionate about his instrument and his music, he is driven to ensure perfection in his playing. But never at the expense of his own style of creative content in the final product. His skill is amazing, his fingers at times move so fast the naked eye can’t keep up, the sounds his instrument produce destined to produce a range of emotions in his listeners.
When not strumming or humming a tune, what does Phil Emmanuel do? As one would expect, things out of the ordinary.

Phil collects and breeds snakes. One story he tells is when he “went bush” with a mate for 8 weeks. Their aim was to find a pair of rare snakes. Weeks of travelling and searching brought no luck. On the last leg of their journey they arrived back to a town they had previously visited, and called in for a beer at the local pub. The local publican, knowing of his experience with snakes, asked them to please check the backyard and remove a snake he had seen. What kind of snake was it? The very kind they had been diligently searching for all those weeks!

We asked Phil what one of his fears is – and were more than a little surprised to discover that spiders are on the top of the list. He grins sheepishly as he describes the feeling of terror one day as he was holding an incredibly poisonous snake – from the corner of his eye he noticed a spider creeping towards him. His mate still laughs about it. Zero fear for an incredibly dangerous snake, but put a harmless Huntsman near him and his legs turn to water! He laughs at himself and adds he would pick up a snake to kill a spider! That’s Phil Emmanuel. Amazingly gifted musician, yet refreshingly down to earth man with a knack for always seeing the funny side of life.
Phil started his guitar playing at a very young age. His parents were both musically inclined and were always supportive. His brother Tommy was also destined to master the guitar. What truly inspired Phil to learn the instrument was an incident when as a child he heard “Apache” by The Shadows. This was one of those moments that changed destiny for him. The excitement still glows today as he recounts with a huge grin that indescribable feeling of needing to play that song in the same way as he heard it on the radio that day.
From that child-like enthusiasm and an unstoppable determination, Phil Emmanuel grew to be what he is today— described as a guitar “legend” here in Australia and overseas.
If you haven’t heard him play, you’re missing out on an amazing auditory experience. Make a point to catch him when he’s on the Central Coast !
Even when relaxing Phil's guitar is never far away. (Pictured here with Ross Beckley)
Article and photos by Veronique Moseley and Ross Beckley (C) 2005 ... Page design by Weblight Studio (Australia)